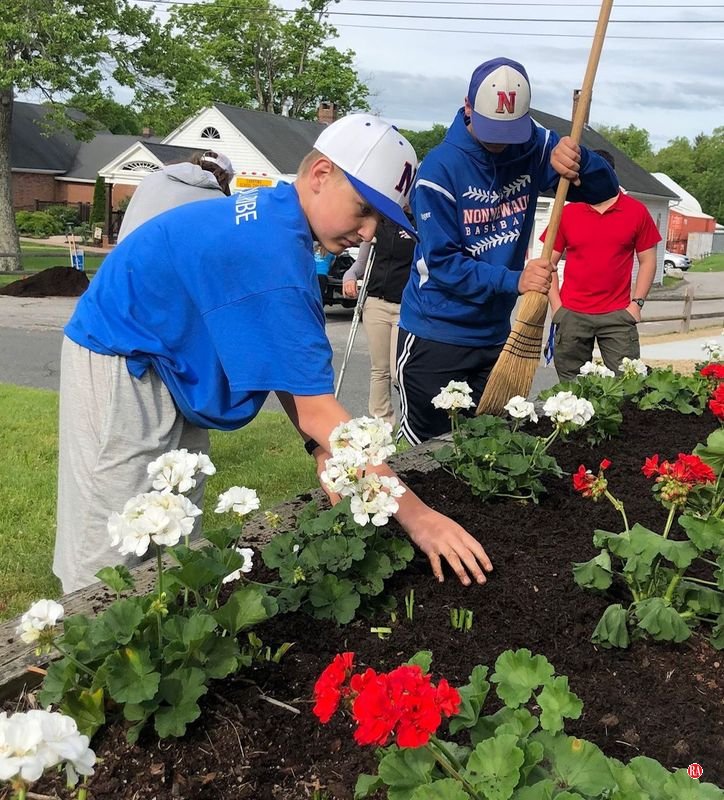 A group of “green-thumbed” agriscience students from Nonnewaug High School converged Tuesday on the town Green for what has become an annual spring planting tradition.

About 20 students took part in the project, arriving by school bus at about 8 a.m. and, after some last-minute instruction from teachers, went to work, planting 56 red and white geraniums around the gazebo.

The annuals were grown inside the greenhouses at Nonnewaug’s Ellis Clark Regional Agriscience and Technology program in Woodbury.

Bethlehem Historic District Commission Chairwoman Carol Ann Brown helped organize Monday’s project. A longtime member of the Region 14 Board of Education, she said it has become a great tradition with kids getting involved in the community. Brown said she often runs into students during the year who tell her they are keeping a close eye on the plantings.

“So I’m thinking, if one of them does, I’m in trouble,” Brown joked. “They take a lot of pride in their work. They grow them right there at the school.”

This was the second straight year agriscience students took part in the project, with the town paying about $350 for the flowers, and supplying and delivering mulch.

The agriscience program, as part of its curriculum, has come up with a variety of plans for planting of perennials on the Green, which Brown hopes will be supported through perennial donations by community members.